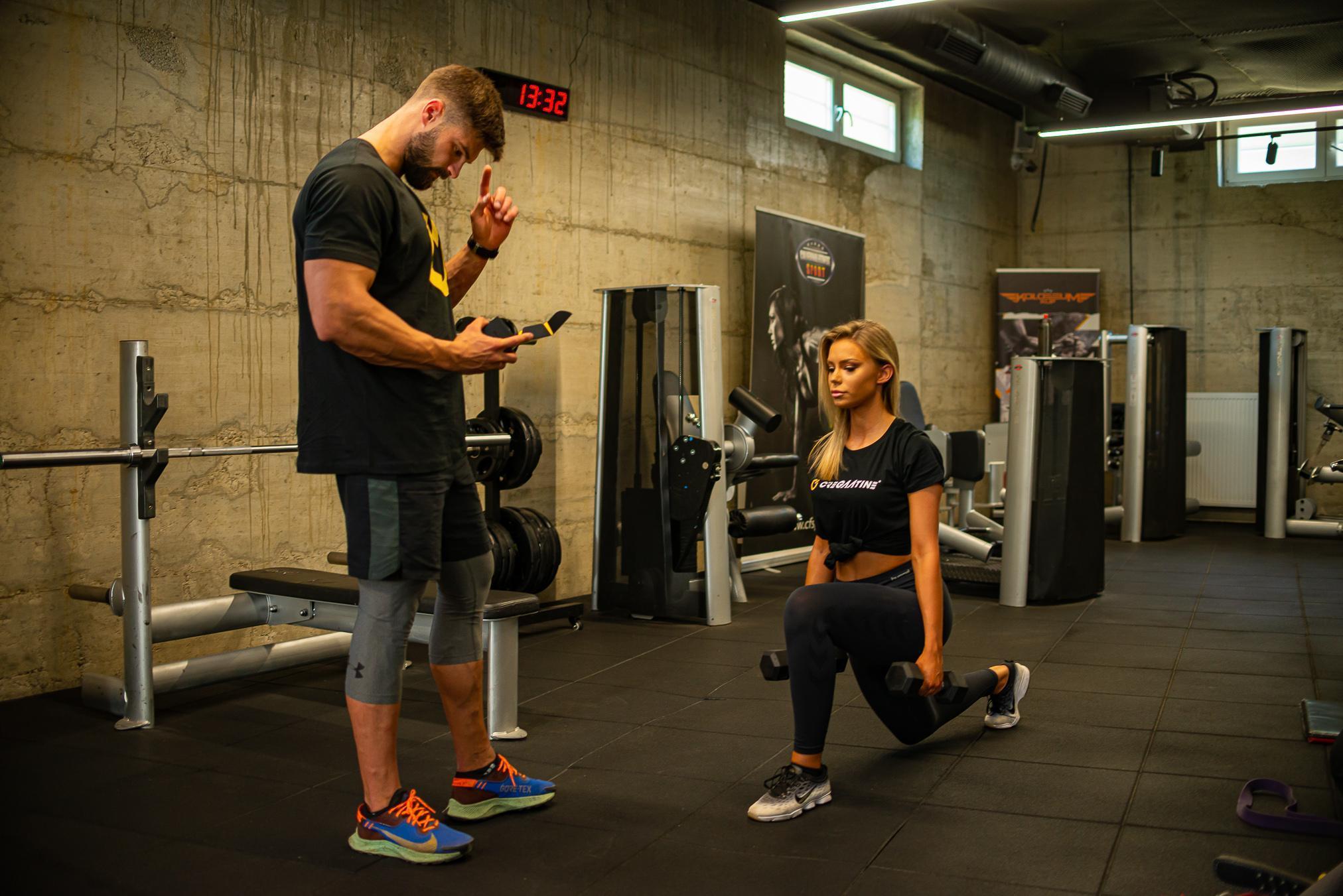 Creatine is one of the most researched ergogenic aids in the world of sports supplementation. It gained its popularity after 100-meter gold medalist Linford Christie said he used it during his Olympic games training that took place in Barcelona back in 1992 (1).

It is produced in our body, with 95% stored in muscles, and can naturally be found in red meat and sea food, with the highest content found in herrings (2). During the day, 1-3g of creatine is degraded to its inactive form (creatinine) which is then excreted in urine. Therefore, our body needs to restore this amount of creatine via food or food supplements (3).

Various factors can affect how much creatine our muscles absorb from food supplements, with exercise being one of them. Two studies have shown that exercise improves creatine muscle uptake. In these studies, participants took a creatine supplement and performed cycling exercise for 1h, but only with one leg, while the other leg rested.  When the concentration of creatine was measured in both legs, the results showed that there is higher concentration of creatine in the muscle of the leg that was exercised in comparison to the other one (4,5).

There are two possible mechanisms via which exercise can increase the uptake of creatine in muscles:

So, the influence of exercise on the uptake of creatine is obvious, but does timing of supplementation matter as well? 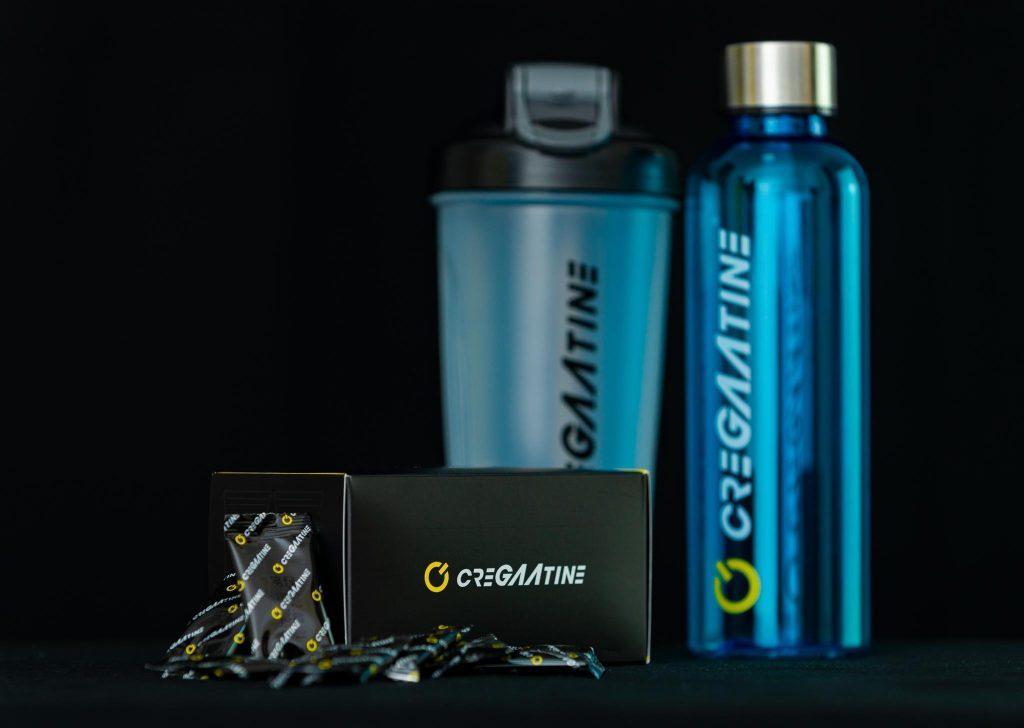 It is also important to give your body enough time to metabolize CreGAAtine and allow conversion of GAA into creatine. That is the reason why you should make an 8 hours gap between the two sachets of CreGAAtine. So, you take one sachet in the morning and the other one you want to take around exercise in the afternoon (or vice versa), but you are not sure should you take it before, after or during your workout. To get a more clear picture regarding this matter, let’s see what the current scientific evidence says about the timing of supplementation.

CreGAAtine Before or After Workout, scientific evidence

There are a few studies that analyzed the effect of timing of creatine supplementation on different outcomes. The first study that analyzed the effect of supplementing creatine before or after exercise was published in 2013. The researchers examined its effect on body composition and muscle strength before or after resistance training. The results of the study showed better body composition and strength gain in the group that took creatine after workout (9).

A year later, in 2014, the second study regarding timing of creatine supplementation was conducted. The study lasted 12 weeks, with 11 participants taking creatine before workout and 11 participants taking it after workout. The scientists concluded that changes in muscle mass and strength were similar in groups that took it pre or post workout (10).

Another larger study has yielded similar results for the population aged 50 to 71. The groups had a 3-times-a-week program of 10-RM. After a 32-week resistance training, there were no significant differences between the groups who took creatine before and the one that took it after training regarding muscle strength gain, with a slight advantage in the group that took it afterwards (11). 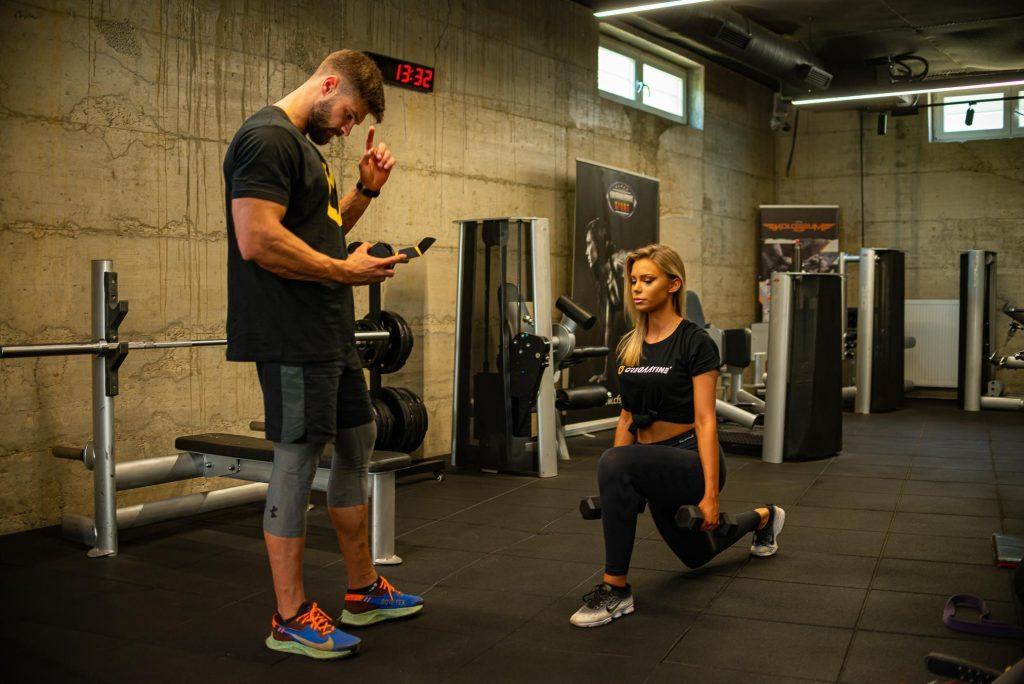 Can You Take It During A Workout?

There is only one study so far that tried to examine if it is better to take creatine while you exercise.  Twenty-two participants took creatine supplement or placebo (maltodextrin in this case) between the sets for 6 weeks with a 5-days-a-week training program. Their muscle thickness, 1-RM and endurance were determined before starting the program and after it. Leg press, chest press and endurance improved in the group who took creatine during exercise compared to the placebo group. However, this group did not have a third group of participants who took creatine before or after the workout, so it is not possible to draw a conclusion whether intra-set creatine supplementation is superior to pre- or post-exercise supplementation (12).

As presented, current scientific evidence is still not clear enough to say if it is better to take creatine before, during or after exercise (7). So, it is up to you to decideif it is more convenient to take one sachet of creatine before or after workout (and the other one with an 8 hours gap regardless of the training schedule). An important thing to bear in mind when taking CreGAAtine is that your ultimate aim is to increase the reservoir of total creatine in your body in the long term, that will increase your exercise capacity, and thereby, your performance and strength. That is why continuous supplementation is crucial. Another thing is that you must know that supplementation without exercise would not give you expected results. So, do your workout, take your CreGAAtine and get your desired results. 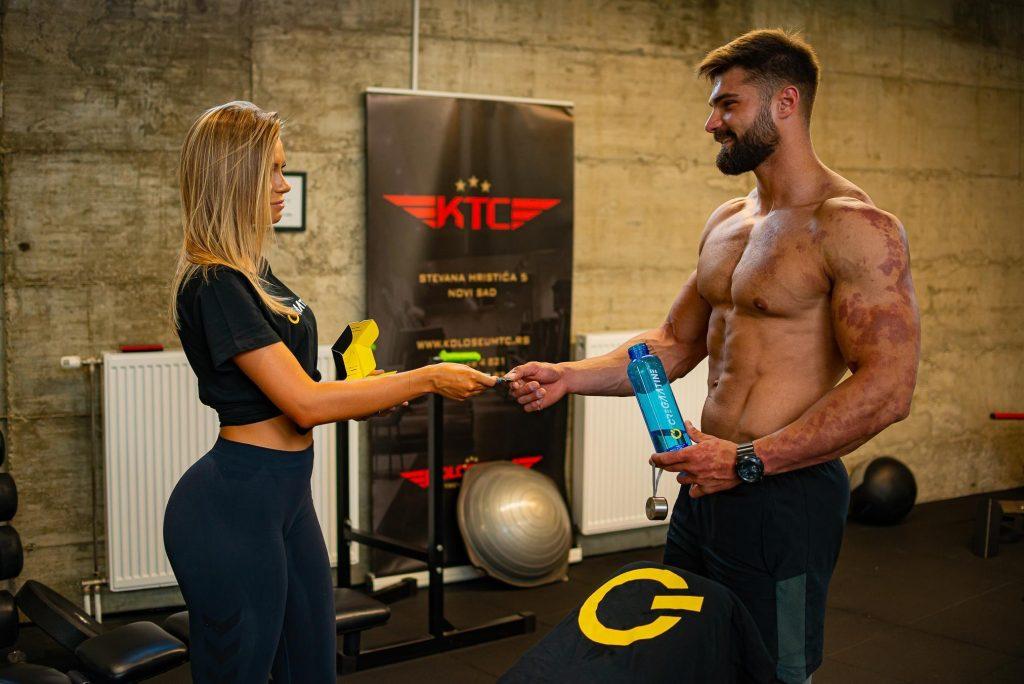